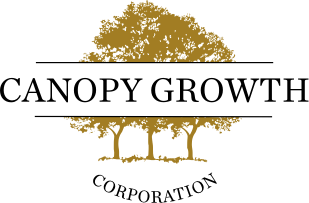 Canopy Growth Corporation (the Licensed Producer formerly known as Tweed) has several brands on the legal market. These brands differ in their price point, approach, packaging and niche.

Their naming scheme revolves around textile names, like Houndstooth or Argyle, but have the occasional far out product name, like Boaty McBoatface.

In Canada, we can’t call this brand by the same name it’s found in the United States (because of anti-celebrity endorsement laws), but we can tell you that this is a more upscale brand, bred by experts at Canopy but chosen by a nose as keen’s as a dog’s *cough*. No shizzle.

Their naming scheme derived from nature.

Did you know that awards are considered endorsements? That’s why we can’t say that a brand has won awards. DNA Genetics is an upscale brand, with proprietary cultivars.

They name their products as per the cultivated variety’s name.

The Tokyo Smoke brand was acquired by Canopy when the latter purchased the Hiku Brand Company. Their brand is focused on sleek design and a minimalist approach.

Their dried flower is sold in grey, rounded plastic containers, their naming scheme is action-based… or inaction, if it’s an indica.

A surprise every time you buy it! Some weeks, it comes in as a mid. Other weeks, it’s a high THC strain. Great for value-minded people who love discovering new strains.

They’re naming scheme is as straightforward as a surprise gets: their name is either the type of cannabis used, or whether it contains an equal amount of THC and CBD.

Licensed Provider Lookup articles go over the different brands a single Licensed Producer sells. Follow up articles will take a deep-dive into the various cultivated varieties (cultivars, strains, product, SKU – whatever you want to call what differentiate’s one weed producer’s product from another) each brand has.